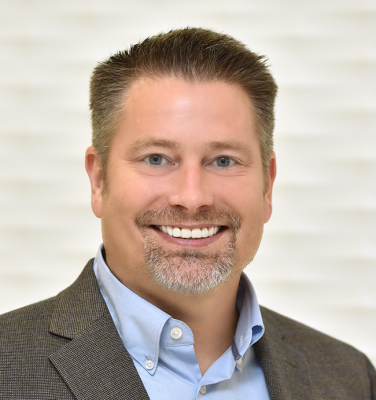 Dr. Carlson was born and raised in Escanaba, Michigan.  He married his wife Amy in 1995 and they have four children Masey, Lizzie, Allie, and Jack and an Irish setter named Sadie.  They moved to East Tennessee just out of school in 1995.

Dr. Carlson attended Ferris State University and received a Bachelor of Science in Vision Science. He then attended the Michigan College of Optometry at Ferris State University, graduating in 1995.  His Externships included working at the VA’s in Fort Wayne and Marion Indiana, Eglin AFB’s Optometry Clinic, and a Detroit Medicaid Clinic.  He is always attending continuing education classes and seminars to stay current with the newest treatments and up-to-date technology. He is continually seeking the latest technologies in the treatment, management and prevention of ocular diseases such as Glaucoma, Diabetes, Age Related Macular Degeneration, Cataracts and other ocular pathology. He has over 25 years of experience in co-managing LASIK, PRK, and cataract surgery.  He has provided eye care to well over 100,000 people in his career.

He started with LensCrafters in Knoxville as an associate doctor in 1995. In 2003, he moved to the Tri-Cities area and took the Doctor’s leases in LensCrafters in the Johnson City and Kingsport Malls. He also has an office in the Turkey Creek area of Knoxville which was opened in April of 2005.  In 2016, Dr. Carlson expanded added two more locations: one in Bristol, Tennessee/Virginia and one at the West Town Mall in Knoxville. Dr. Carlson was appointed to the State Optometry Board in 2015.  He also has lectured for Alcon, Luxottica Vision Care, and Johnson and Johnson Vision Care.  He has consulted with various other contact lens companies.  He has been involved in marketing research for new contact lens product launches. He serves on the Optometry Advisory Council at LensCrafters. He is a board member of the ALLDOCS. He mentors area students interested in Optometry as a profession.